In the zUCKERrübe research project, the Eberswalde University of Applied Sciences (HNEE) and IHP are developing a fully automated robot for weed control in sugar beet cultivation. The scientists are relying on AI and robotics to solve the problem in a timely manner, especially for organic farming. 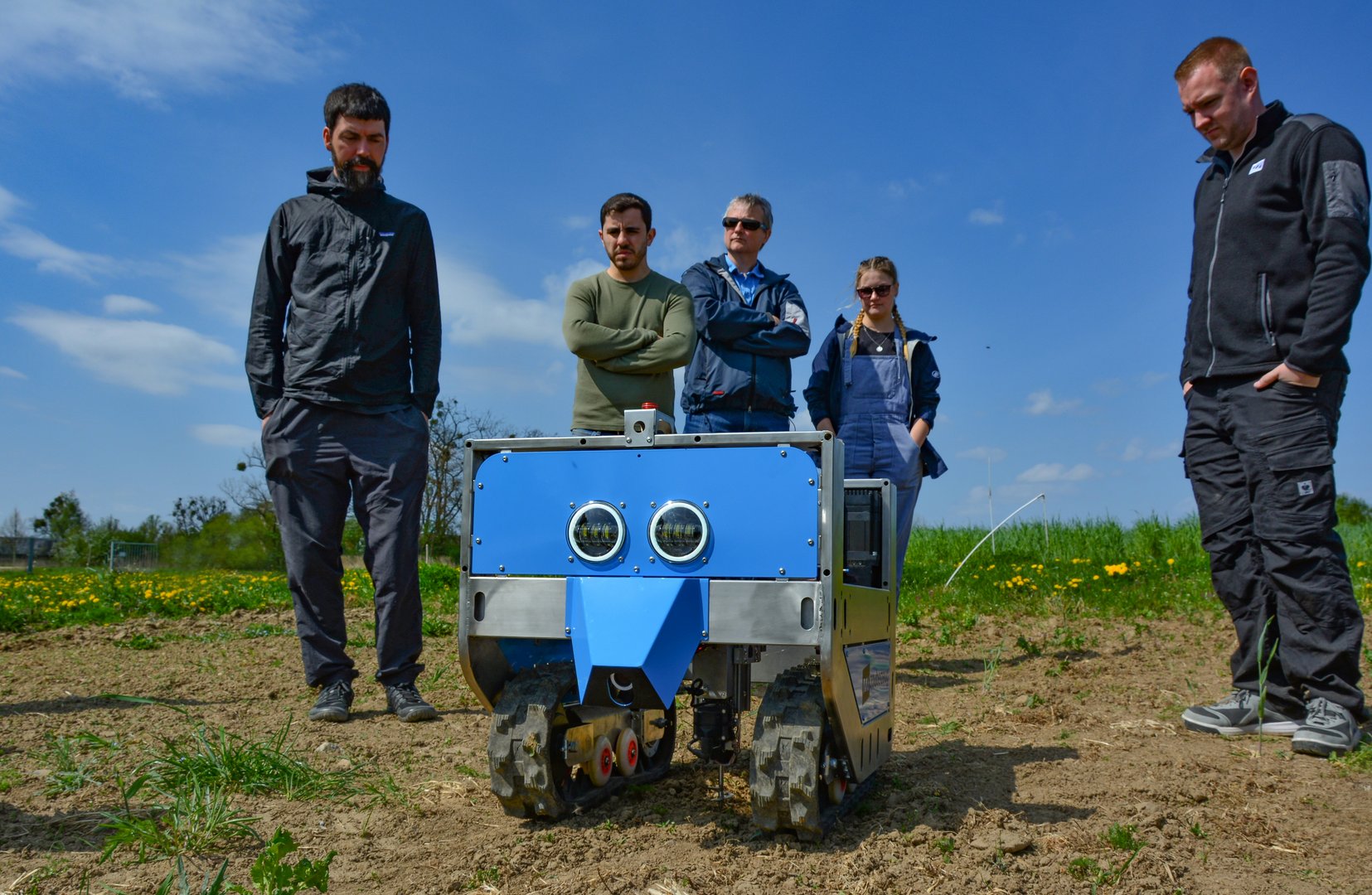 Test run at the teaching and research station Gut Wilmersdorf (Brandenburg): The hacking robot coped well with the terrain.

The sugar beet belongs to the Uckermark like the cucumber to the Spreewald. However, their cultivation is declining in the region. It’s too complicated. Weeds need to be removed regularly throughout the growing season to ensure good crop yields. Therefore, pesticides are used in conventional cultivation and a hoe in organic farming. Both methods are suboptimal, because they are either environmentally harmful or too expensive. "Nevertheless, the cultivation of sugar beets is worthwhile because, on the one hand, their sugar is in high demand, especially in the organic sector, and, on the other hand, their cultivation improves the soil properties," explains Amanda Birkmann from Eberswalde University for Sustainable Development (HNEE).

In the zUCKERrübe research project, scientists rely on AI and robotics to solve the problem in a timely manner, especially for organic farming. "We’ve developed a robot that drives autonomously over fields to remove weeds from sugar beets," summarizes Amanda Birkmann. A first test run was successful on Monday, May 2nd, 2022, at the teaching and research station Gut Wilmersdorf (Brandenburg). “We have seen that the hacking robot can cope with difficult terrain and that the AI-based image analysis works. It can reliably distinguish weeds from sugar beets," reports Dr Marcin Brzozowski, AI expert at IHP - Leibniz Institute for Innovative Microelectronics in Frankfurt (Oder). The robot also manages without fossil fuels. It’s battery-operated and has solar panels that allow the use of solar energy for propulsion in good weather.

In the coming vegetation period, the machine, which weighs around 100 kilograms, drives regularly across the field. In the process, the efficiency of weed control is to be compared with other methods, e.g. using a row finger hoe. The science team is also working on using a drone as support. In the future, it will communicate with the robot, record its location and tell it where there is a weed problem. "This means that both can also be used in areas with poor mobile phone reception, because weed detection is carried out on drones and not on cloud servers," adds Marcin Brzozowski.