The Future Day for Girls and Boys in Brandenburg 2022 once again took place digitally at the IHP. On April 28, 20 pupils logged on to follow the rounds of talks, experiments and video contributions broadcast live from the IHP lecture room. 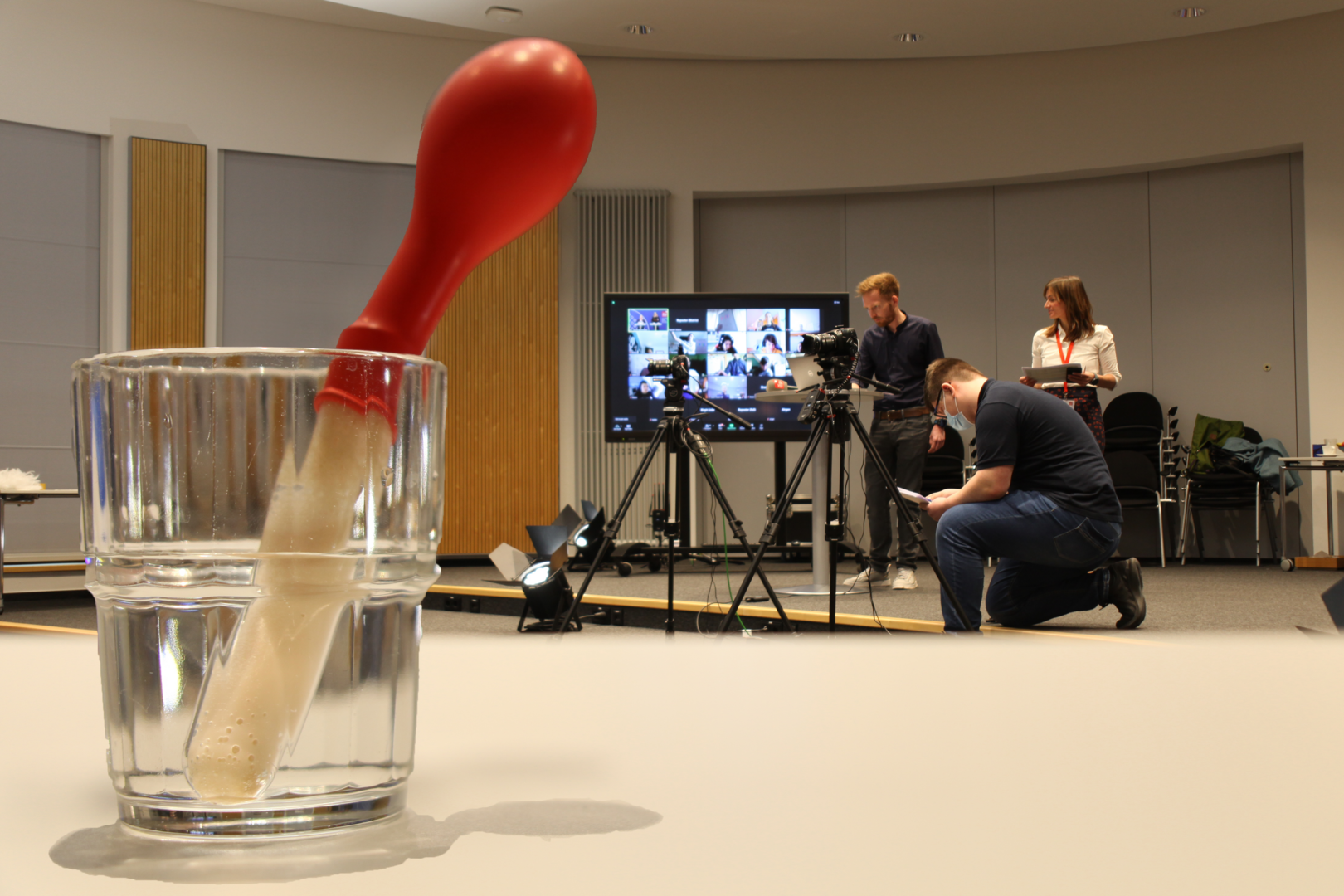 Some pupils were somewhat surprised when the mail brought a package from the IHP - Leibniz Institute for Innovative Microelectronics. 20 young people had decided to make a virtual visit to the research facility as part of the Future Day for Girls and Boys in Brandenburg. Among other things, signs with thumbs and light bulbs that had to be made in advance were waiting in the preparation package. Tubes with two bright samples were also included. During the 3-hour online conference on Thursday April 18th, the young people learned what this was all about.

The cameras in the large lecture room of the IHP pointed to Peggy Zecha and Anne Manglitz from Förderforum Frankfurt (Oder) e.V., who led through the digital program on Future Day. Behind the scenes, employees and trainees of the IHP prepared the program points, operated the technology and ensured that the videos on individual job profiles were played on time. With charm, skill and the right amount of knowledge, Peggy Zecha and Anne Manglitz asked questions of a microtechnologist, a PhD scientist and an engineer. Anne Manglitz showed a lot of dexterity in the day's experiments. She revealed that the tubes from the packet contain dry yeast and sugar, which, when placed in a test tube with lukewarm water, produce a gas. After a few minutes, a balloon put over them provided the proof. The principle of hydraulics was also investigated in an experiment.

Throughout the day, the young people answered questions about their favorite subjects, strengths and weaknesses. In this way, a kind of clipboard on a possible career path was created for each individual in the course of the event. They relaxed during science bingo and marveled at the presentation of tiny microchips.

"For us it was the second digital future day, we have worked out a well-functioning concept with our partners from the Förderforum," said Elise Funke, human resources manager at IHP. "It allows us to invite interested young people from all over Brandenburg to come to us in Frankfurt and present a wide range of our research and career opportunities. It's cool when the young people hold up their crafted signs to the cameras and we get direct feedback that way."